A Way to Win Back United Airlines’s Credibility

“The secret of change is to focus all of your energy, not on fighting the old, but on building the new.” – Socrates

Domestic United Flight Express 3411 that had a flight on Sunday (9/4) at O’Hare Airport, Chicago has charged fully. Almost everyone knows the story about one of the passengers that have been dragged out from the airplane. At first, the reason why is because its overbook, but then in the last minute before the flight departure, there are four crews on board from United that assigned to Louisville.

Then the United and its regional affiliate Republic Airlines was choosing the four passengers to be derived from the aircraft so the four crews United can join. One of the passengers who’s a doctor refuses to be derived because his patient needs him, but the United forced him by dragging him off the plane. You can see it here to know the real incident. David Dao was violently dragged out from the airplane.

The Solution
In this condition, the best step is re-branding to improve the revenue both brand image and reputation of the company. Re-branding is not only all about changing the logo itself or visual design but its all about what the stakeholder feels. Garuda Indonesia Airlines implemented this and re-branded theirs by Landor.

The point of their re-branding is to increase profits from a downturn. It is has a lot of effect on the new face of Indonesia’s Airlines. “Garuda Indonesia’s new livery design that Landor has created is both beautiful and uplifting for Garuda and the image of Indonesia.”- Susilo Bambang Yudhoyono, President of the Republic of Indonesia. The re-branding of Garuda Indonesia has increased into $82 million profit in the first year. This clear result shows what rebranding can do to a brand.

That’s why we are here as branding consultant, Dreambox is one of your solutions when it comes to the crisis. We help you to overcome it by giving the right way to re-branding. We are honored to help re-branding one of the greatest Indonesia’s legacy, Merpati. It helped Merpati to create new face both image building in the future. Let’s stop fighting the old, and start building the new face of your brand with us!

END_OF_DOCUMENT_TOKEN_TO_BE_REPLACED 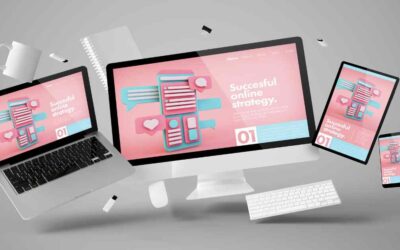