Advertising campaign is one of the most effective marketing strategy that a brand should utilize properly to help the company obtain their goals. In this article, we’ll discuss about the 3 best advertising campaigns on Twitter from last year and what makes them so interesting. 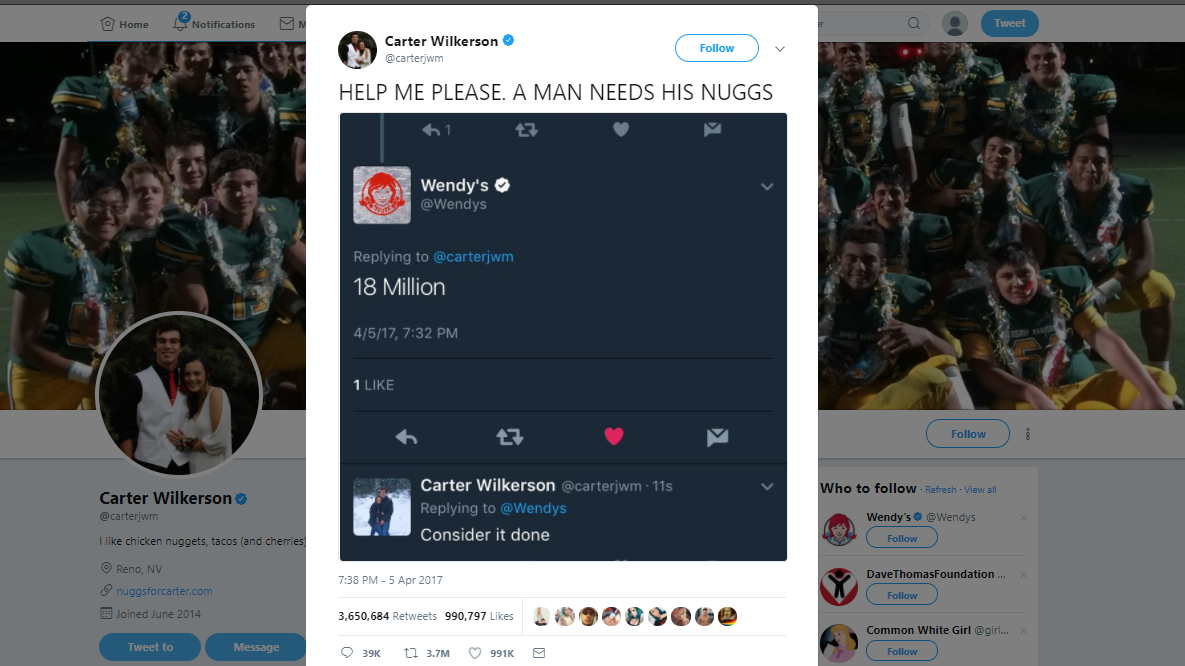 The first to be included on this list is the Sass Queen of Twitter, Wendy’s. Starting off with their sensational roastful yet cheeky tweets directed toward the brand’s haters, the American fast food restaurant chain caught the attention of Twitter users throughout the world for the second time by accepting Carter Wilkerson’s (one of Wendy’s followers on Twitter) request to provide him free chicken nuggets for the whole year if he gets 18 million retweets.

Wendy’s later changed the terms for Carter so that he only had to obtain more retweets than Ellen DeGeneres’ Oscar selfie, which was the most retweeted tweet ever at that time. Carter later managed to gather 3.7 million retweets and surpassed Ellen’s 3.4 million times retweeted selfie.

11 Spices and Herbs by KFC 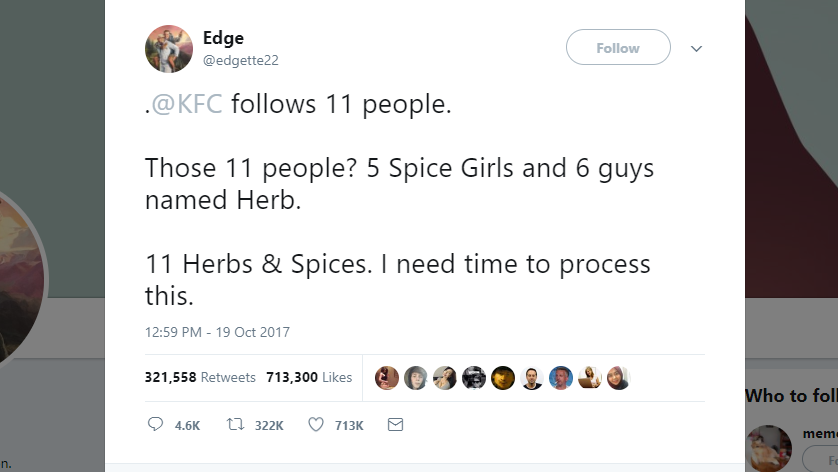 On October 19th of last year, a Twitter user named ‘Edge’ discovered that KFC’s Twitter page only follows 11 people. Those 11 people are the 5 former members of the popular 2000’s pop girl group, Spice Girls and 6 people named ‘Herb‘. What made this ‘discovery’ so intriguing is that these people make 5 spices and 6 herbs combined, which could be the ingredients of KFC’s secret recipe.

The subtle message has created so many speculations and discussions from various Twitter users about KFC’s secret recipe that might contain 11 spices and herbs, which was the message of the campaign itself. As of the time this article is being written, the tweet has gained over 700,000 likes and 300,000 retweets. 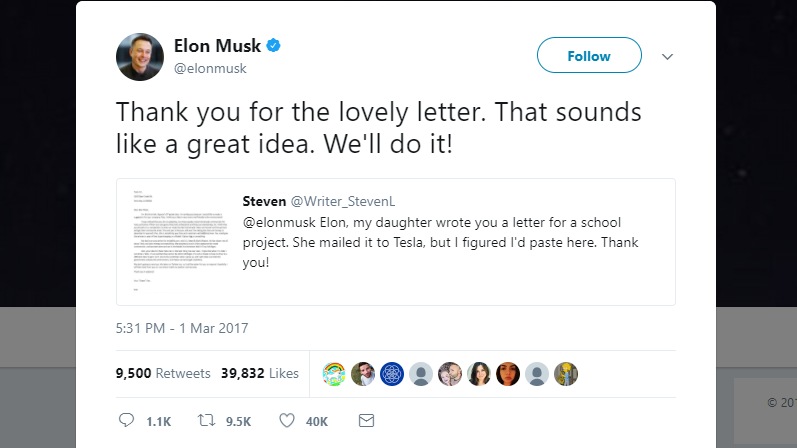 And the last but not least for this list is Elon Musk’s ad creation contest for Tesla. In this campaign, Elon Musk received a message from a fifth grader. In the message, the girl stated that she loves Tesla for being ‘very smart and friendly to the environment’. Further in the message, the girl made a suggestion for the South-African-born businessman to host an ad creation contest for Tesla since the brand does not advertise.

Elon then replied to the message and replied, “Thank you for the lovely letter. That sounds like a great idea. We’ll do it!” Then, he proceeded to conduct the contest and announced the three winners four months later.

Related: Things New Brands Should Do to Boost Their Visibility

Click here for more articles about brand and branding.